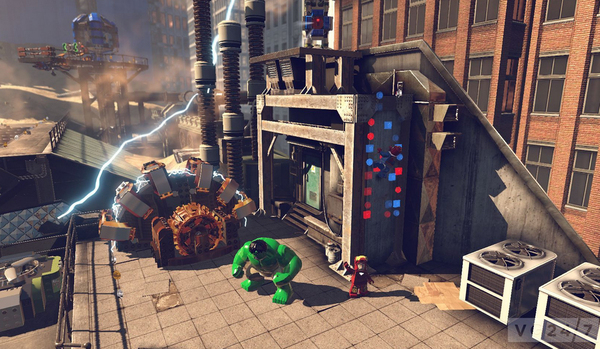 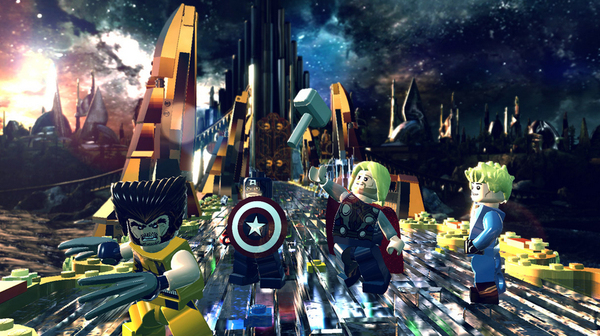 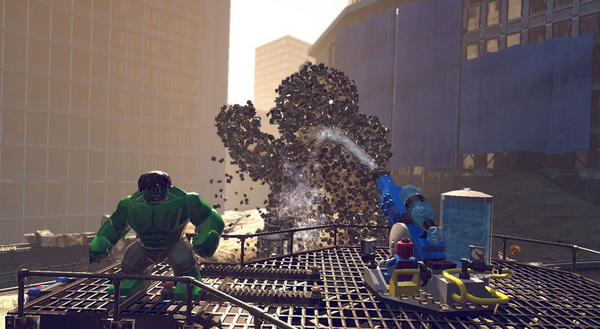 LEGO: Marvel Super Heroes features an original story crossing the entire Marvel Universe. Players take control of Iron Man, Spider-Man, the Hulk, Captain America, Wolverine and many more Marvel characters as they unite to stop Loki and a host of other Marvel villains from assembling a super-weapon capable of destroying the world.

Players will chase down Cosmic Bricks as they travel across LEGO Manhattan and visit key locations from the Marvel Universe, such as Stark Tower, Asteroid M, a Hydra base and the X-Mansion.

Smash, swing and fly in the first LEGO videogame featuring more than 100 of your favorite Super Heroes and Super Villains from the Marvel Universe, including Iron Man, Wolverine, the Hulk, Spider-Man, Captain America, Black Widow, Loki and Deadpool.
Help save Earth as your favorite Marvel character with your super-cool strengths and abilities:
Iron Man flies, hovers, shoots missiles and unleashes a powerful unibeam directly from his chest.
Spider-Man shoots webs, uses his spider-senses to spot objects invisible to others, crawls up walls and, of course, web-slings.
Captain America throws his mighty shield at objects and enemies, embeds it into a wall to create a platform, and protects himself from damage.
Hulk smashes!
Perform new and powerful moves as “BIG-fig” characters like Hulk and Abomination. Leave a path of destruction as you smash through LEGO walls and throw cars using hyper strength.
Discover LEGO Manhattan like never before, and travel to iconic locations from the Marvel Universe, such as the X-Mansion, Asteroid M and Asgard.
Create unique Super Heroes with customizable characters.
Enjoy an exciting original story, filled with classic LEGO videogame adventure and humor.

The best thing about LEGO Marvel Super Heroes is that it delivers almost everything a Marvel fan could want. From Abomination to the Wizard, this game is an A-to-Z (well, A-to-W) love letter to the Marvel Universe that starts with the Silver Surfer gliding across the title screen and ends with a credits song that could not have been better chosen. A few technical glitches and some carryovers from the franchise history keep it from being an outright masterpiece, but it easily ranks as one of the best superhero games I've played in years.
LEGO Marvel Super Heroes is the best thing to happen to Marvel games since 2006's Marvel Ultimate Alliance. It's a warm and witty, multi-layered approach to the brand that ties in hundreds of Marvel's most iconic characters, settings, and stories. While you can knock out the campaign story in around eight hours, the world is rich with content, and I've found myself up late every night for the past week playing for "just one more hour." It may not offer the challenge or player-driven context of this year's other open-world games, but those games would be hard-pressed to deliver as much fun and happiness as you'll find in Traveler's Tales latest.