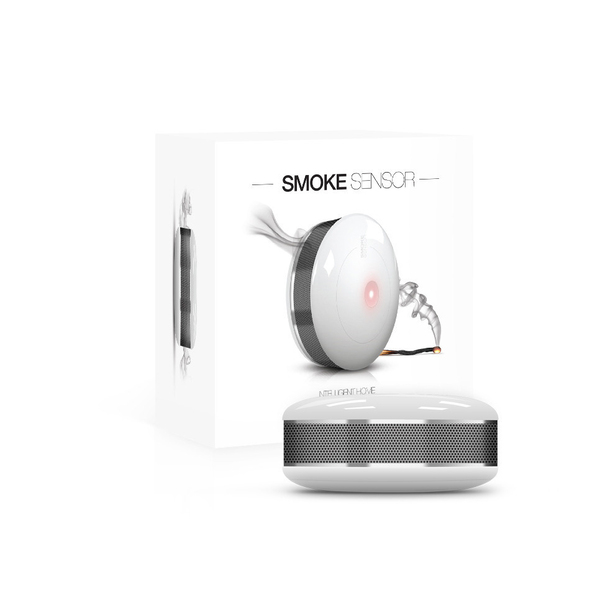 The optical sensor detects smoke at an early stage of fire, often before flames appear and temperature starts to rise significantly. Moreover the device has a built-in temperature sensor, which is programmable indicator of exceeding set temperature level.

The Fibaro Smoke Sensor is designed to be placed on a wall or ceiling. Visual indicator signals fire, operating mode and is used to see if device is within the Z-Wave network. The smoke sensor is designed to operate in confined spaces, under normal conditions (lacking smoke, dust, condensed water vapor).