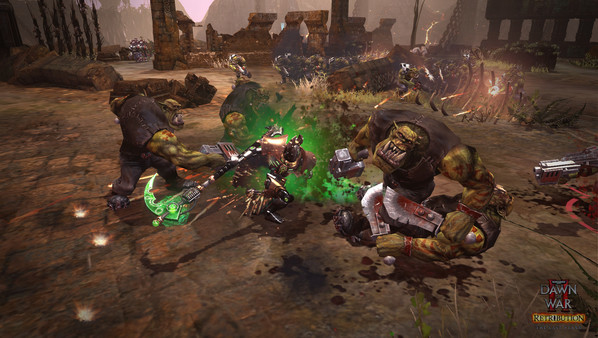 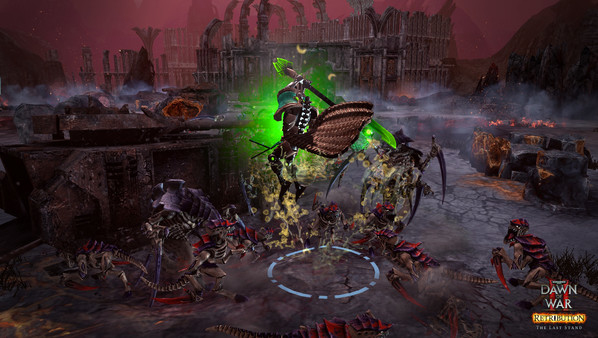 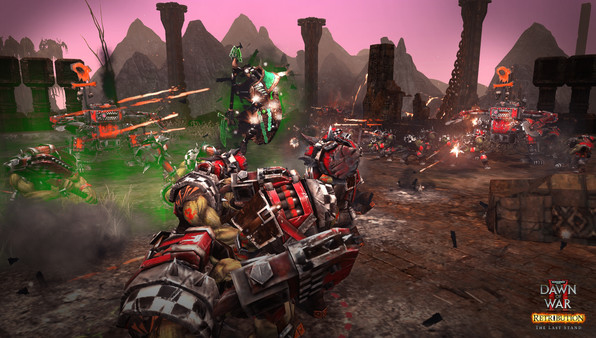 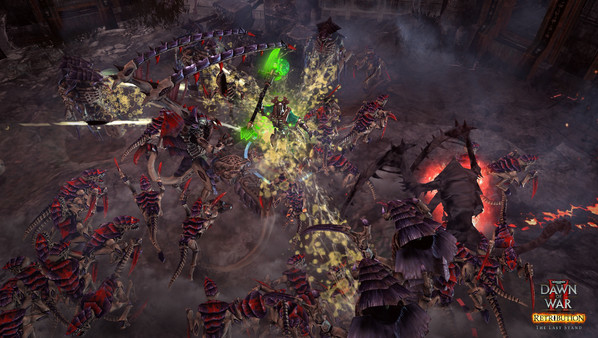 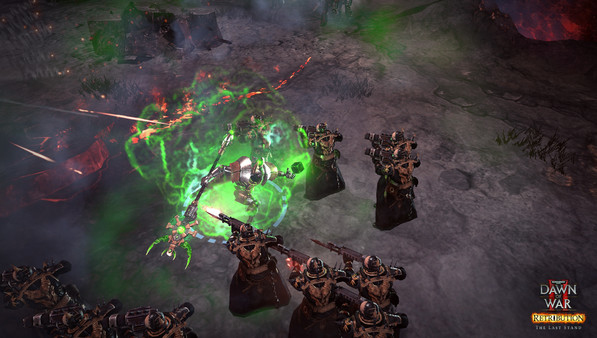 Dawn of War II, Last Stand is a three-player cooperative survival mode that is also available as a stand-alone game!

Select a single hero and face off against waves of enemies with up to two other teammates. Play as one of the six available heroes and gain experience points to level up and unlock new wargear abilities. Customize your character’s abilities to create the ultimate build and fight off twenty waves of increasingly devastating enemies.

These are not the usual heroes known from the campaign. These are super-powered characters that are capable of killing dozens or even hundreds of enemies during a game.

How long will you last in the grim darkness of the far future where there is only war?