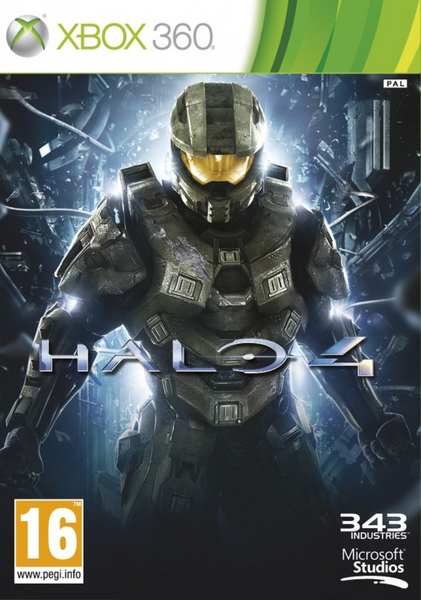 An Ancient Evil Awakens
The Master Chief returns to battle an ancient evil bent on vengeance and annihilation. Shipwrecked on a mysterious world, faced with new enemies and deadly technology, the universe will never be the same. Enlist aboard the Infinity to experience Halo's original multiplayer and Spartan ops - innovative, episodic, fiction-based co-op missions.

Key Features
The Reclaimer Saga Begins: Experience the dawn of an epic new Halo adventure, solo or split screen with up to three friends.

Edge-of-your-seat Entertainment: Immerse yourself in Halo 4's graphics, sound and epic gameplay including a mysterious and deadly new class of enemies.

The Story Continues Every Week
Extend your campaign experience in a massive-scale adventure that builds upon the "Halo 4" Campaign. Receive a weekly series of cinematic episodes on Xbox LIVE followed by new gameplay missions, played solo or cooperatively with up to three friends - effectively delivering two campaign experiences in one game!

Get Your Intel from the Source
Want to keep up on what's going on in the Halo universe? Waypoint is the official site for all things Halo. With Waypoint, you can look through your entire Halo career, including your Halo: Reach stats, game history, campaign progress and stats by weapon and enemy.

Xbox 360® Limited Edition Halo® 4 console
The Halo 4 console is a must-have for Halo fans worldwide. Designed by the award-winning publisher 343 and Xbox 360, this bundle ships with an exclusive, custom-designed console, 2 customised Halo 4 controllers, a standard edition copy of the game, a massive 320GB Hard Drive and exclusive content. Don't miss the opportunity to be part of the greatest game launch in 2012 with this Limited Edition Halo 4 console with custom sounds.