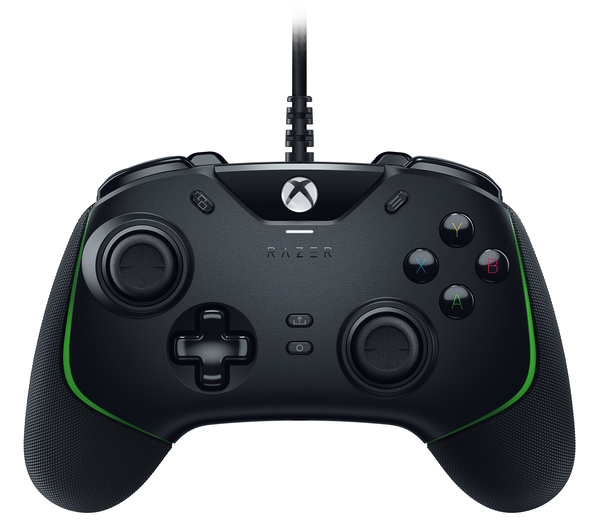 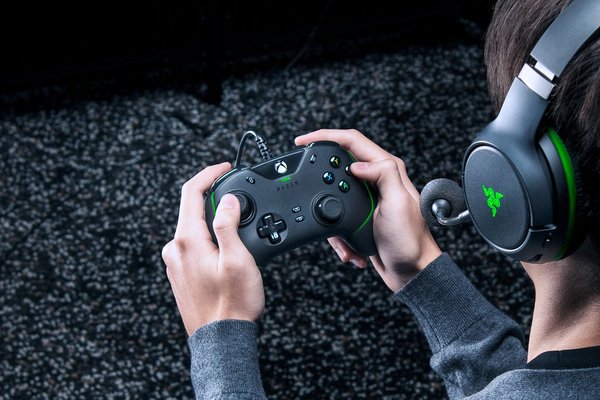 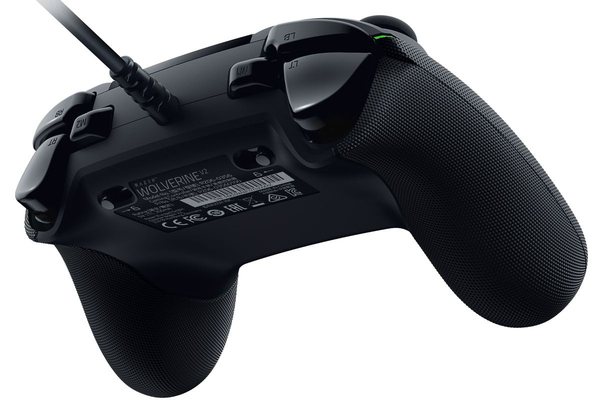 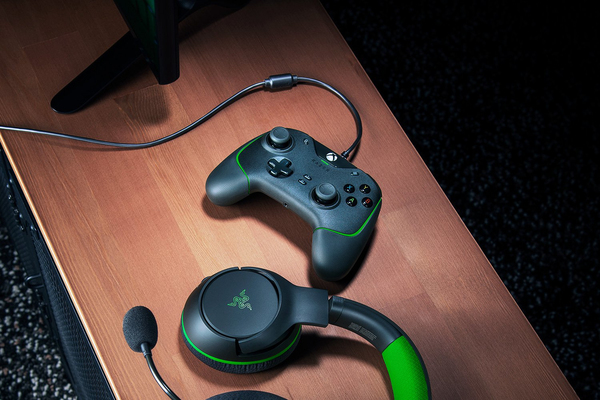 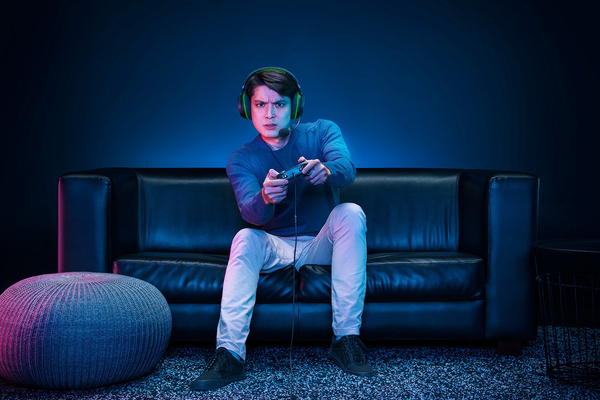 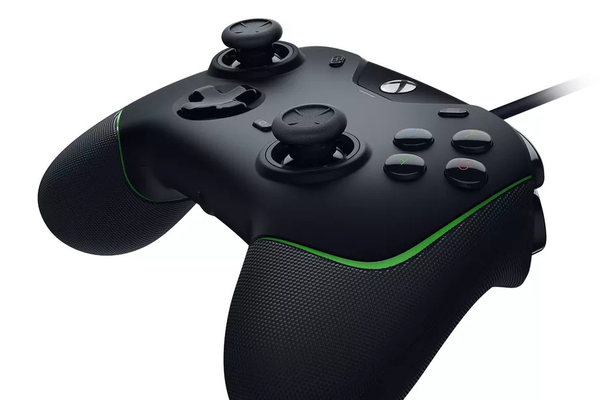 ABSOLUTE PRECISION. ULTIMATE CONTROL.
Hit the big league with a wired gaming controller designed for the Xbox Series X|S consoles. With advanced customizability for greater precision and control over your game, the Razer Wolverine V2 lets you dominate the competition from the comfort of your couch.

REFORGED TO BRING SWIFT VICTORY
The ergonomic L-shaped hand grips of the Wolverine V2 provides a natural hold that outperforms its predecessor, while the contoured design and non-slip rubber grips allow swift and accurate button interaction for all-day gaming at peak performance.

Equipped with a 3-million tap life cycle for greater durability and a reduced actuation distance of 0.65mm—35% less than that of the average membrane controller—each button is finely tuned for greater accuracy to showcase your true gaming potential.

EXTRA BUTTONS FOR EXPERT CONTROL
The Wolverine V2 comes loaded with additional buttons for advanced gaming—2 multi-function buttons at the front of the controller can be remapped via Razer™ Controller Setup for Xbox to unleash greater control and a more personalized play style.

UNLEASH THE FIRING FRENZY
Every millisecond matters in the heat of battle. For a competitive edge, activate Hair Trigger Mode via two slide-locks on the underside of the controller that greatly reduce travel distance to the main triggers, enabling an ultra-fast rate of fire with a gentle press.

EASY AUDIO ACCESS
Game on for hours in comfort with the ease and convenience of plugging your 3.5mm audio device straight into the controller, instead of the console.

ADVANCED APP CONFIGURATION
Making advanced customization just got a whole lot easier with the Razer™ Controller Setup for Xbox. Designed for Xbox Series X|S, Xbox One and PC (Windows® 10 and above), this Xbox app lets you remap multi-function buttons and triggers or adjust sensitivity clutch levels to complete your in-game experience.