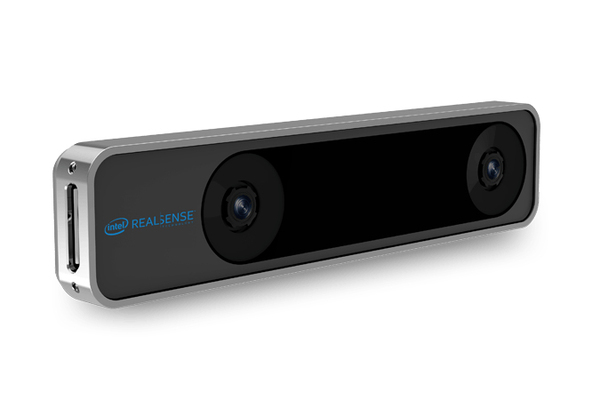 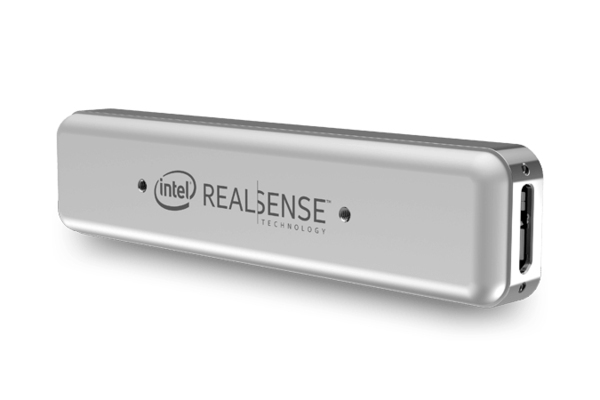 Tracking Redefined
Introducing a new class of stand‑alone simultaneous localization and mapping device, the Intel® RealSense™ Tracking Camera T265 for use in robotics, drones and more.

With its small form factor and low power consumption, the Intel® RealSense™ Tracking Camera T265 has been designed to give you the tracking performance you want straight off‑the‑shelf. Cross‑platform, developer friendly simultaneous localization and mapping for all your robotics, drone and augmented reality rapid prototyping needs.

What is SLAM?
SLAM, or Simultaneous Localization and Mapping, is a computational problem – how does a device construct or update a map of an unknown environment while simultaneously keeping track of it’s own location within that environment? Before the days of GPS, sailors would navigate by the stars, using their movements and positions to successfully find their way across oceans. V‑SLAM uses a combination of cameras and Inertial Measurement Units (IMU) to navigate in a similar way, using visual features in the environment to track it’s way around even unknown spaces with accuracy.

Inside the camera
The Intel® RealSense™ Tracking Camera T265 includes two fisheye lens sensors, an IMU and an Intel® Movidius™ Myriad™ 2 VPU. All of the V‑SLAM algorithms run directly on the VPU, allowing for very low latency and extremely efficient power consumption. The T265 has been extensively tested and validated for performance, providing under 1% closed loop drift under intended use conditions. It also offers sub 6ms latency between movement and reflection of movement in the pose. This is fast enough for even highly‑sensitive applications such as Augmented and Virtual Reality.

Simple and versatile prototyping
For developers working on a robotics, drone or augmented reality systems, SLAM can be challenging to implement – requiring significant time and resources in order to add valuable environmental understanding. With the T265, developers can now have precise and robust tracking that has been extensively tested in a variety of conditions and environments. This self‑contained tracking system is designed for simple integration. There’s no need to re‑design your board, simply plug in the provided USB cable and start streaming pose data straight away. The T265 also features an easy mounting solution, with standardized mounting sockets on the rear of the camera.

Part of the family
While there are many use cases for a stand‑alone T265, it is definitely a part of the Intel® RealSense™ Technology family, and has been designed to work flawlessly along‑side our other devices. The T265 features an infrared cut filter over the lenses, allowing it to ignore the projected patterns from our D400 series depth cameras. This means that developers can utilize both devices together with ease for advanced applications such as occupancy mapping or collision avoidance and navigation in locations where GPS data isn’t available.

Code samples
Get your project off the ground quickly with help from our code examples and tutorials.