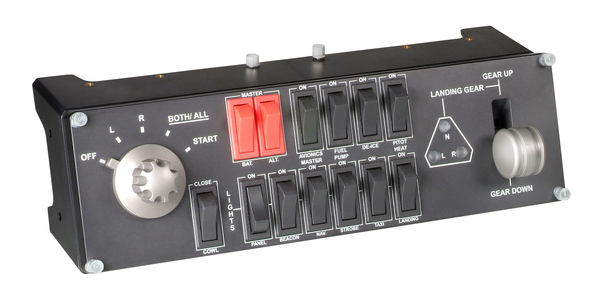 Whether attached to the Saitek Pro Flight Yoke System, free standing on a desk or mounted into your own cockpit setup, the Pro Flight Switch Panel is an ideal way to expand the number of controls for your flight simulation setup. Control your landing gear, engine power, landing lights and 11 other important aircraft functions from one compact unit.

Ships with support for only Flight Simulator X.