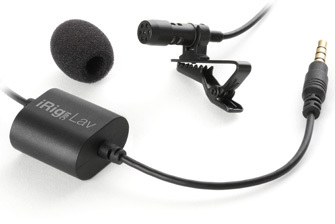 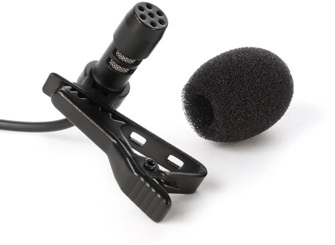 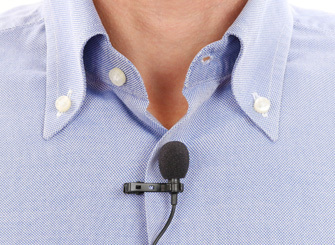 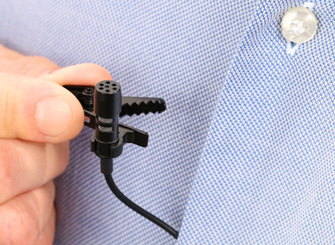 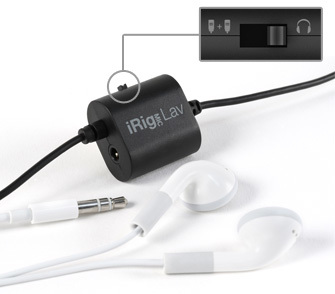 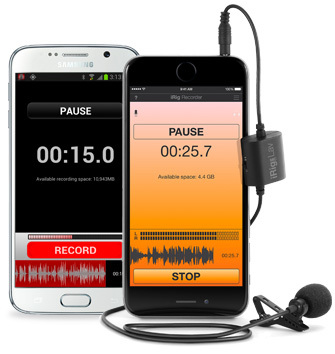 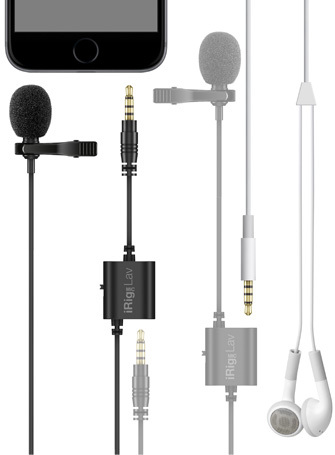 Unfortunately we don't have any product information for this product.

iRig Mic Lav
You're a visionary videographer, an intrepid journalist, a dedicated podcaster. And when you're out in the field, you want to be able to record high-quality audio for your projects with the hands-free convenience of a lavalier microphone, and you want to do it without breaking the bank.

That's where iRig Mic Lav comes in, it's an ultra-affordable and compact professional-quality mobile lavalier microphone for iPhone, iPad, iPod touch and Android.

iRig Mic Lav is chainable. That means it can double your recording power by letting you easily chain up to two iRig Mic Lav's to the same device. Each iRig Mic Lav captures high-quality audio thanks to its omnidirectioinal condenser capsule and foam pop shield. And recording convenience is taken to the next level thanks to its on-board headphone monitoring output, secure mounting clip, generous cable length and durable roadworthy design. And best of all, you can have all these premium features at a price as small as the device itself.

iRig Mic Lav gives you the power to record great sounding audio anytime and anywhere. Designed to meet the exacting demands of broadcast professionals, its omnidirectional condenser capsule lets you capture a 30Hz - 16kHz frequency range of crystal-clear audio from all directions. It comes with a foam pop filter to eliminate vocal plosives, wind noises and other unwanted sounds. And like all good lavalier microphones, it comes with a durable mounting clip that you can easy mount on a t-shirt, lapel or other material for dependable and secure hands-free recording. Just clip it on, and you'll be ready to go.

Capturing great audio in the field requires more than just superior microphone technology. To get the best sound, you have to be able to monitor your source as its being recorded. Not all lavalier microphones come with on-board monitoring, but iRig Mic Lav does. In fact, among major brands, it's the first mobile lavalier microphone to offer this feature.

It comes with a combo 1/8" TRRS port that can be used to output audio to your favorite pair of headphones. Just set the toggle switch next to the port to "monitor" and plug in your headphones, and you'll be on your way to recording effortlessly amazing audio.

There's a saying that goes something like, "two heads are better than one."

The same can be said for microphones — when you're out in the field, sometimes you need to record more than one person.

iRig Mic Lav lets you chain and record with up to two iRig Mic Lav's on the same device thanks to the same dual-purpose 1/8" TRRS port used for headphone monitoring.

Simply set the toggle switch to “input,” and then plug a second iRig Mic Lav in to record with two microphones.

To monitor a dual iRig Mic Lav setup, you just need to set the switch on the second iRig Mic Lav’s jack to “monitor,” and then you'll be able to plug in your headphones.


No price development information for this product.